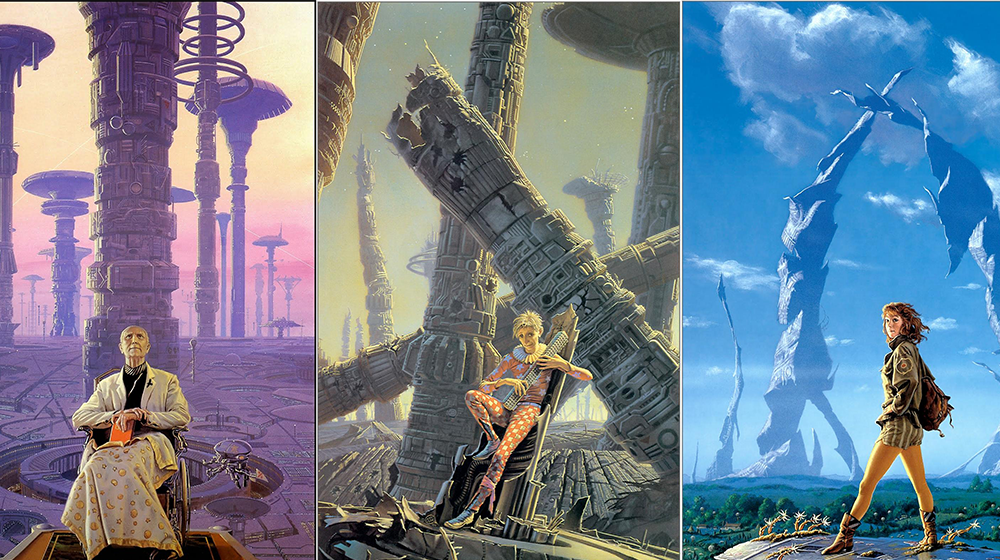 In a competitive situation, Apple has nabbed a TV series adaptation of Foundation, the seminal Isaac Asimov science fiction novel trilogy. The project, from Skydance Television, has been put in development for straight-to-series consideration. Deadline revealed last June that Skydance had made a deal with the Asimov estate and that David S. Goyer and Josh Friedman were cracking the code on a sprawling series based on the books that informed Star Wars and many other sci-fi films and TV series. Goyer & Friedman will be executive producers and showrunners. Skydance’s David Ellison, Dana Goldberg and Marcy Ross also will executive produce.

Originally published as a short story series in Astounding Magazine in 1942, Asimov’s Foundation is the complex saga of humans scattered on planets throughout the galaxy, all living under the rule of the Galactic Empire. The protagonist is a psycho-historian who has an ability to read the future and foresees the empire’s imminent collapse. He sets out to save the knowledge of mankind from being wiped out. Even the Game of Thrones‘ creative team would marvel at the number of empires that rise and fall in Foundation. Asimov’s trilogy has been tried numerous times as a feature film at Fox, Warner Bros (with Bob Shaye and Michael Lynne, who greenlit The Lord Of The Rings), and then at Sony with Independence Day director Roland Emmerich. Many top sci-fi writers have done scripts and found it daunting to constrict the sprawling saga to a feature film format. Most recently, HBO tried a series with Emmerich and Interstellar co-writer and Westworld exec producer Jonathan Nolan.

Goyer’s credits including the The Dark Knight, Batman Begins, Ghost Rider and the Blade franchises, while Friedman’s include Avatar 2, the War Of The Worlds remake and Terminator: The Sarah Connor Chronicles.

Skydance Television adds Foundation to a series slate that includes Altered Carbon, Grace and Frankie, Condor and the upcoming Jack Ryan and Dietland. This becomes the second reinvention of classic sci-fi for Skydance’s Ellison, who resurrected The Terminator with James Cameron and Deadpool director Tim Miller.

Goyer is repped by WME and John LaViolette, Friedman by UTA and Karl Austen.