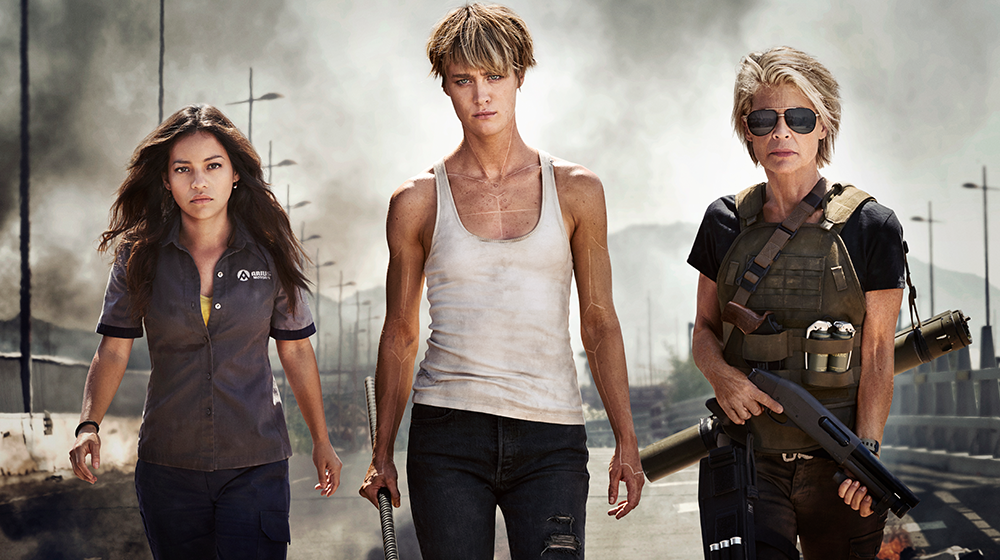 The Terminator promised he’d be back — and so is Sarah Connor. The “Terminator” Twitter account released the first look at the new film on Wednesday, featuring stars Linda Hamilton, Mackenzie Davis, and Natalia Reyes.

The still features Davis’ character leading the trio of dirt-dusted women through a smoky, war-zone-like landscape, walking toward the camera with fierce determination. Flanking Davis’ left is Hamilton’s Connor, complete with an army vest and her trusty assault rifle.

Variety reported in September that Hamilton would reprise her role as the hardened outlaw, with Arnold Schwarzenegger set to return as the title character. The new “Terminator” is the sixth installment in the franchise, which has also included versions of Sarah Connor played by “Game of Thrones” queens Emilia Clarke and Lena Headey.

The photo is the first released from the set of the movie since Paramount announced the sequel would be pushed back by three months from its original release date — from July 26, 2019, to Nov. 22, 2019. “Avatar” and “Titanic” helmer James Cameron is producing the untitled reboot, with Tim Miller directing.

Cameron has a long history with the “Terminator” franchise, previously writing and directing “The Terminator” and “Terminator 2,” as well as writing for video games based on the saga. Reyes will play Dani Ramos, while Davis’ character has yet to be named.