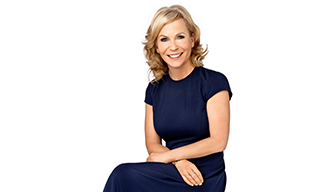 Skydance, a diversified media company that creates elevated, event-level entertainment for global audiences, today announced that it has entered into an exclusive, multi-year overall television production agreement with Marti Noxon, one of television’s most prolific writer producers. In the past two years, she has launched three successful series. She created and runs Girlfriends’ Guide to Divorce, the first scripted series on Bravo. She co-created and runs the Golden Globe-nominated series UnREAL for Lifetime. She serves as executive producer on the CBS medical drama series Code Black, which was based on the Los Angeles Film Festival award-winning same-name documentary, which she produced. She has also contributed to some of the most critically acclaimed scripted series on television, including Buffy the Vampire Slayer, Grey’s Anatomy, Private Practice, Mad Men, Glee and Angel.

Dietland, an adaptation of the novel by the same name written by Sarai Walker, is among Noxon’s priority development projects for Skydance. Part coming-of-age story and part revenge fantasy set against the backdrop of the beauty industry, it explores society’s obsession with weight loss in a bold, original and funny way.

“Marti is a brilliant storyteller and a true creative force as a showrunner with an outstanding track record of creating compelling and memorable shows that are beloved by audiences and critics alike,” said Marcy Ross, President of Skydance Television. “On behalf of everyone at the Company, I am thrilled to welcome her to the Skydance family.”

“I’m so excited to be part of the environment that David Ellison, Dana Goldberg and Marcy Ross have built at Skydance,” said Noxon. “I’ve been looking for a versatile and writer-driven home that could help me bring more complex, exciting and potentially murderous characters to television — and the team at Skydance is the ideal partner for that.” Noxon won two consecutive awards from the Writers Guild of America for her work on Mad Men.