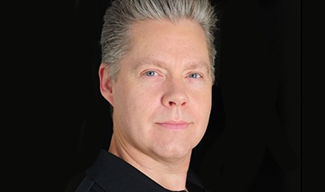 SANTA MONICA, Calif. – May 3, 2017 – Skydance, a diversified media company that creates elevated, event-level entertainment for global audiences, has named Chris Hewish as Executive Vice President of Interactive, effective immediately. In the newly created position, Hewish is responsible for helping to set and execute the overall strategy for Skydance Interactive, as well as oversee development, partnerships, and new business opportunities. Hewish most recently served as Head of Studio and Publishing at leading VR company Survios.

“Chris has an outstanding track record within the industry and his recent success in the realm of VR brings invaluable experience to our newly established rapidly expanding interactive business,” said Skydance Media’s President and Chief Operating Officer Jesse Sisgold, to whom Hewish will report. “As we prepare to launch our first VR title, Archangel, as well as our first PC console title, PWND, we are thrilled to have Chris join our growing leadership team.”

“Skydance has done an incredible job of establishing itself as a visionary creator of top-notch film and television content, and Archangel is well positioned to be a fun and highly immersive new offering for VR gamers,” added Hewish. “To join the team at this stage is an amazing opportunity to help grow the interactive business by creating games that reflect the world-building for which Skydance is known.”

At Survios, Hewish lead a team responsible for the release of Raw Data, the first VR game to generate over $1M in revenue in its first month and the first VR game to hit the #1 spot for all games available on Steam. Prior to his time at Survios, Hewish served as Chief Executive Officer of social gaming company Bonanza Media, releasing titles including Bingo Home: Race To Earth and Shrek Slots Adventure. Previously, he spent six years as DreamWorks Animation’s Head of Global Interactive, where he received an Annie Award for his creative work on the ?Kung Fu Panda video game, as well as an Apple ?App Store Best of 2013? award for the ?Turbo Racing League ?mobile game. This followed a thirteen-year stint at Activision Blizzard, where he held posts including Lead Game Designer and Executive Producer. Hewish holds a B.A. degree from the University of Southern Maine.