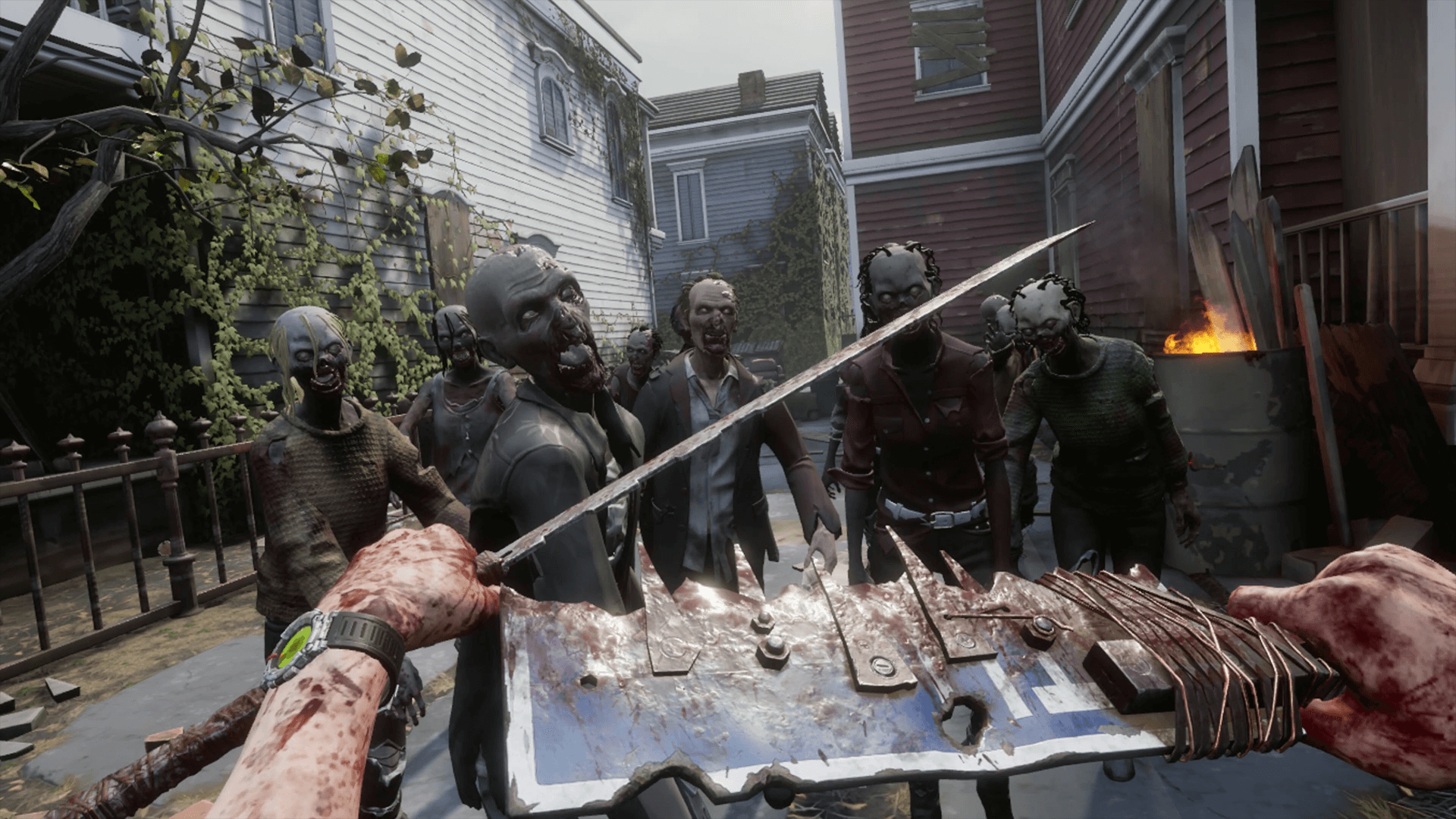 Today at the UploadVR Showcase: Summer Edition we revealed the announcement trailer for the Meatgrinder update in The Walking Dead: Saints & Sinners. This big new update will introduce brutal new horde mode-style battle arenas for a quicker and more replayable way of killing zombies.

Watch the first-ever footage of the new update right here:

This is a big feature that a lot of people were clamoring for even back when the game first came out. As great as Saints & Sinners is with its meaty campaign, massive maps, and reactive sandbox-style gameplay that adapts to your actions, it’s hard to replay a game like that. It just isn’t the same.

But people still wanted more of the experience, so Skydance Interactive are releasing the Meatgrinder update! This new update delivers a handful of maps, one of which is brand new, to let you fight through waves of zombies that get progressively harder as you craft weapons and fend them off for your own survival. There’s even a brand new katana added into the game for this too.

The Oculus Quest version of The Walking Dead: Saints & Sinners is still due out later this year, in Q4, but we don’t know anything else about that yet. For now, the Meatgrinder update is coming to both PC VR and PSVR along with all of its bloody, gory action, in July 2020.