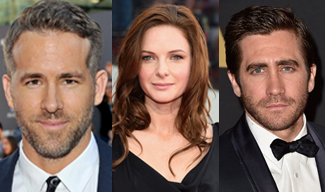 LIFE tells the story of the six-member crew of the International Space Station who are tasked with studying a sample from Mars that may be the first proof of extraterrestrial life. And that life proves more intelligent than ever expected.

“It is both humbling and a dream come true for me to have the opportunity to delve into a genre that so many of my cinematic heroes have mastered,” said Espinosa. “Additionally, working with these brave actors to unveil their characters through such visceral cinema is what drives me to make movies.”

“We are so excited to bring visionary director, Daniel Espinosa, together with such an amazing cast from around the globe to immerse audiences into an intensely thrilling new world in LIFE,” said David Ellison.

Sanford Panitch, President of Columbia Pictures, added, “One of the many reasons why Skydance is such a great studio partner for us is they have excellent instincts of what it means to make a global film: the scale of science fiction, action and the wide appeal of Jake, Ryan and Rebecca, along with the international cast, all speak to that.”