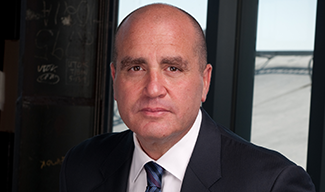 Santa Monica, CA – February 9, 2017 – Skydance, a diversified media company that creates event-level entertainment for global audiences, today announced that Don Granger has been promoted to President of Feature Film Production, effective immediately. In his new role, Granger is responsible for helping to set and execute the development and production strategy for the Company’s growing feature film slate. He was previously Executive Vice President of the division.

Most recently, Granger served as Producer on Jack Reacher: Never Go Back and Mission: Impossible – Rogue Nation. He serves as Executive Producer on the studio’s next two feature films: Life with Sony on March 24 and Baywatch with Paramount on May 26.

“Don’s genuine passion for filmmaking and his capacity to work tirelessly to fulfill his creative vision are boundless,” said Dana Goldberg, Chief Creative Officer of Skydance Media. “We are thankful for his immense contributions at the studio so far and feel incredibly fortunate that he is taking on this crucial role as we continue to grow Skydance.”

“I am very proud to be part of the Skydance family, and grateful for the faith they have shown in me. David Ellison’s vision for Skydance is truly inspiring and under his and Dana Goldberg’s leadership, I look forward to helping make movies that entertain and thrill global audiences,” commented Granger.

Prior to joining Skydance in 2014, Granger served as President of Motion Picture Production at United Artists, where he ran the day-to-day development and production operations for five years. Before United Artists, he oversaw production, development, and operations at C/W Productions as a senior executive, where he helped bring War of the Worlds, Mission Impossible III, and Elizabethtown to the big screen. At C/W, Granger served as Producer on Ask the Dust and The Eye and as Executive Producer on Death Race.

Prior to C/W, Granger served as Executive Vice President of Motion Picture Production at Paramount Pictures, where he was responsible for supervising such blockbuster franchises as Mission: Impossible, Star Trek, Tomb Raider and the Jack Ryan films – Patriot Games, Clear and Present Danger, and Sum of All Fears – as well as Varsity Blues, The Saint, Kiss the Girls, Along Came a Spider and the Academy Award®-winning Saving Private Ryan, among others.

Prior to Paramount, Granger served as a creative executive and producer at the Mutual Film Company, The Weintraub Entertainment Group and Touchstone Pictures. Granger is a member of the Academy of Motion Picture Arts and Sciences and the Producers Guild. He holds a B.A. degree from Yale University.

Today, Skydance is a leading producer and financier of major Hollywood studio films and television shows. Since its inception in 2010, Skydance has produced 12 feature films, which have cumulatively grossed over $4.3 billion in worldwide box office receipts. The Company’s 2017 film slate includes Life with Sony on March 24, Baywatch with Paramount on May 26, Geostorm with Warner Bros. on October 20, and Annihilation with Paramount. Skydance Television was launched in 2013 and is currently slated to produce six original series across multiple networks. Skydance has over the past twelve months significantly expanded its business operations by increasing the production of both feature films and television series as well as launching Skydance International and Skydance Interactive.