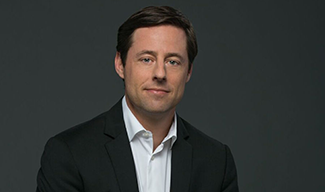 Sisgold’s promotion reflects his increased role in helping to set and execute the overall strategy and growth plan for Skydance Media, while managing key operations across all units. Sisgold also oversees the following divisions: business affairs and business development, interactive, international acquisitions and sales, and licensing.

“Jesse has played an instrumental role in building Skydance Media into a multi-faceted media company and has contributed greatly to the growth of our feature film, television, and interactive businesses,” said Chief Executive Officer David Ellison. “It is thanks in large part to Jesse’s dedication and efforts over the last three years that we are so well-positioned to continue to expand the reach of the Skydance brand on a global basis.”

“To be part of the leadership team of a company that is on such an accelerated growth trajectory and expanding in all the right directions is incredibly gratifying and I am excited about the very bright future ahead for Skydance,” said Sisgold.

In 2016, Sisgold helped to lead Skydance’s first acquisition – of leading game developer The Workshop Entertainment – to form Skydance Interactive. Also in 2016, he worked to establish Skydance’s first China film co-production with Alibaba Pictures. Sisgold oversaw the formation of Skydance’s global television distribution pact with Lionsgate in 2015, which resulted in the launch of Skydance International. In 2015-2016, he oversaw the company’s global film distribution and co-financing pacts with Paramount, Sony, and Warner Bros., as well as distribution and co-production pacts for its current television series with ABC, Amazon, AMC, DirecTV and Netflix.

Prior to Skydance, Sisgold served as the managing shareholder of his own boutique entertainment and venture capital law firm and launched the graphic novel and augmented reality company Anomaly Productions. He began his career at Heller Ehrman LLP. Sisgold serves as a board member of UCLA’s Institute of Environmental Sustainability and Angels at Risk. He is a member of the Television Academy. He earned a J.D. with honors from the University of California, Hastings and a B.A. with honors from the University of California, San Diego.

Ellison added, “I am thrilled that Dana, Larry, Anne, and Marcy have all made new, multi-year commitments to Skydance. Each has contributed in very significant ways to the success of the Company to date and I could not be more optimistic about our future than I am today with this seasoned executive bench as its backbone.”

Today, Skydance is a leading producer of major Hollywood studio films and television shows. Since its inception in 2010, Skydance has produced 12 feature films, which have cumulatively grossed over $4.3 billion in worldwide box office receipts. The Company’s 2017 film slate includes Life with Sony on March 24th, Baywatch with Paramount on May 26th, Geostorm with Warner Brothers on October 20th, and Annihilation with Paramount. Skydance Television was launched in 2014 and is currently slated to produce six original series across multiple networks. Skydance has over the past twelve months significantly expanded its business operations by increasing the production of both feature films and television series as well as launching Skydance International and Skydance Interactive.