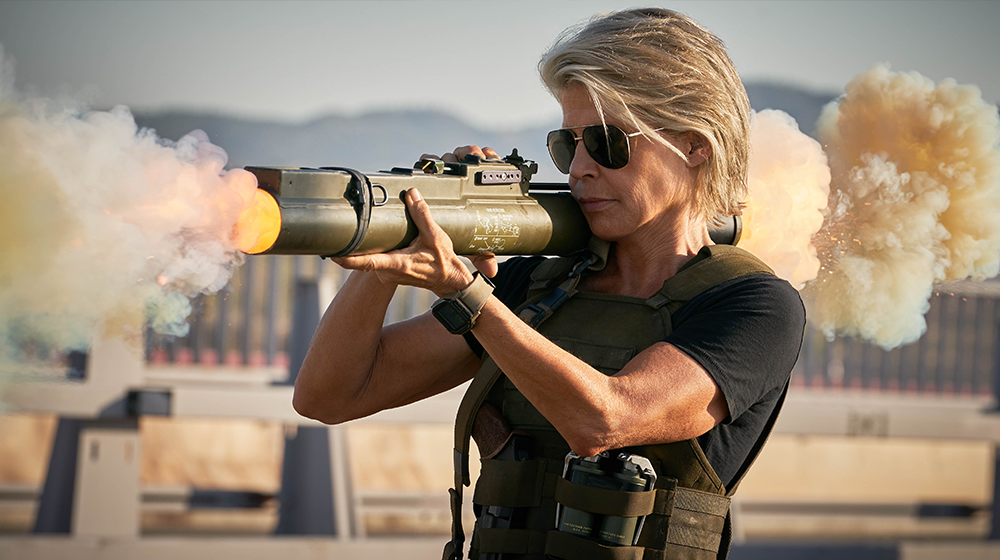 The Resistance’s war against Skynet rages on with the sixth installment of the “Terminator” series, “Terminator: Dark Fate.” The first trailer for the latest movie dropped on Thursday.

The clip opens with two franchise newcomers, Mackenzie Davis and Natalia Reyes, as they’re being pursued by a Terminator (Gabriel Luna), one that seems to have some particularly intimidating new abilities. Just as the menacing robot is about to close in on them, Linda Hamilton, returning from the first two movies, returns as Sarah Connor, shooting him down without so much as breaking a sweat.

Later, we get some more clarity. Davis’ character is a Terminator (though she tells Sarah Connor that she’s human) who’s protecting Reyes, seemingly taking over Arnold Schwarzenegger’s role from the first two installments. Speaking of which, Connor leads them to her old cyborg friend, with Schwarzenegger appearing in a secluded cabin in the woods.

Although the film will release off the heels of “Terminator Genisys,” the newest iteration serves as a direct sequel to the first two movies in the franchise, relegating the events of the intervening films to alternate timelines. In addition to Hamilton and Schwarzenegger, original director James Cameron is also returning to produce.