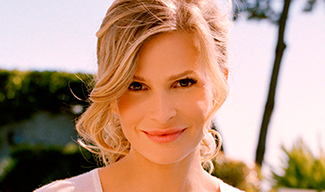 Santa Monica, CA, August 4, 2016 – ABC has ordered straight-to-series ten episodes of Skydance Television’s all-new Ten Days in the Valley, which will star and be executive produced by Emmy and Golden Globe winner Kyra Sedgwick. Skydance Television anticipates that the series, which is created, written, and executive produced by Tassie Cameron (Rookie Blue), who also serves as showrunner, will debut on ABC in 2017. Ten Days in the Valley marks Sedgwick’s return to headlining a drama series following her seven-season tenure on The Closer.

Skydance’s original series follows Jane Sadler (Sedgwick), an overworked television producer and single mother in the middle of a fractious separation. When her young daughter goes missing in the middle of the night, Jane’s world — and her controversial police series — implodes. Life imitates art: everything’s a mystery, everyone has a secret, and no one can be trusted.

“Playing Jane Sadler is exactly the deep and emotionally charged role I was searching for in a series. I look forward to working with the team at Skydance, who have continuously created exceptional film and TV projects. We are all very excited that Ten Days in the Valley has found its home on ABC,” commented Sedgwick.

“Kyra is an extraordinary performer who lends an incredible sense of intensity and commitment to her work, and we are so excited to partner with her, Tassie and ABC to bring our riveting new series to network television audiences next year,” said Marcy Ross, President of Skydance Television.

“Ten Days in the Valley has everything: it’s a thriller, it’s a taut, exciting love story and it has the kind of character our audience loves, a strong, powerful woman who is also dangerously flawed. We’re thrilled to have the amazing Kyra Sedgwick play this compelling role,” added Channing Dungey, President, ABC Entertainment.

The Skydance Television series is executive produced by Sedgwick and Jill Littman along with Cameron, David Ellison, Dana Goldberg and Marcy Ross.

Sedgwick’s role as Deputy Police Chief Brenda Leigh Johnson on TNT’s first original series, The Closer garnered her a Golden Globe Award in 2007 for “Best Dramatic Actress,” four Emmy nominations and a win for “Outstanding Lead Actress in a Drama Series” in 2010, seven SAG nominations, and a 2009 People’s Choice Award. The series, which Sedgwick also Executive Produced, concluded its final season in 2012. She also executive produced TNT’s drama Proof with Jill Littman (alongside Rob Bragin and Tom Jacobson). Sedgwick will star in The Edge of Seventeen, which makes its world premiere during the Closing Night Gala of The Toronto International Film Festival on September 17, 2016. She is currently in pre-production on her directorial film debut, A Story of a Girl. Sedgwick is repped by Impression Entertainment, CAA and Schreck Rose Dapello & Adams LLP.

Tassie Cameron was the co-creator, executive producer and showrunner on six seasons of ABC’s series, Rookie Blue. She is currently in production as showrunner and executive producer on an upcoming six-part series, Mary Kills People, under her recently-formed production company, Cameron Pictures Inc. Cameron is repped by Jerry Kalajian of Intellectual Property Group, CAA, Lesley Harrison in Canada, and attorney David Fox.